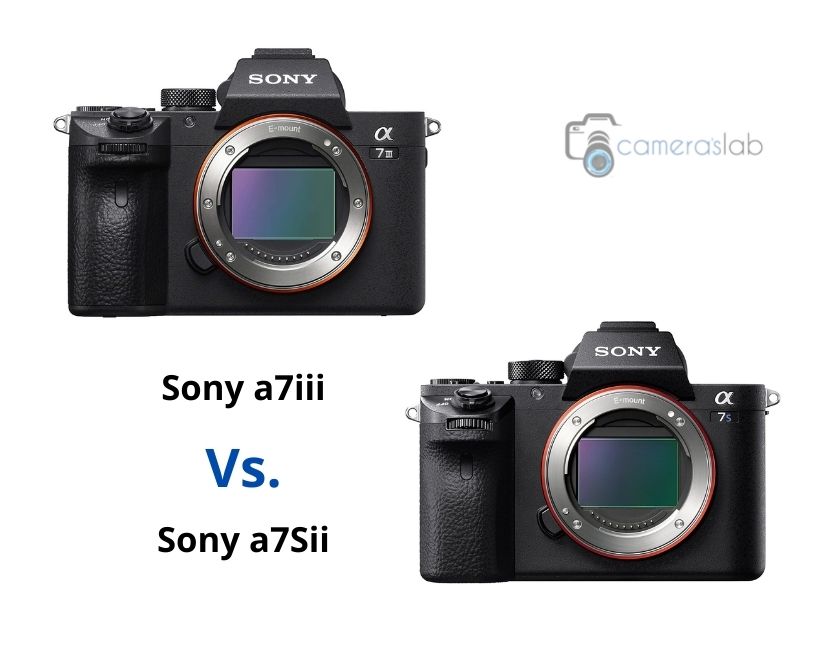 We have compared the main features of the sony a7sii and the sony a7iii, we found some professional features in Sony a7iii. Therefore, we highly recommend Sony a7iii camera.

Why We Recommend Sony a7iii?

So, if you prefer a bigger image sensor, better continuous drive speed, focus points, and a powerful battery, then the Sony a7iii will be perfect. Otherwise, if you want a higher ISO sensitivity range and lite weight, you can go for a Sony a7sii camera. But, we strongly recommend the Sony a7iii camera.

Sony a7sii comes with an Exmor CMOS sensor with 12.4 Megapixels, whereas Sony a7iii camera has 24.2 Megapixels. So, the Sony a7iii has a bigger image sensor than its opponent, and with this device, you can take high-quality photos with standard resolution. Furthermore, both cameras are capable of recording 4K resolution videos with a fantastic look.

Both cameras are formed with a BIONZ X image processing engine, which perfectly combines colors and provides crisp photos and videos. Again, Sony a7iii’s Continuous shooting speed is ten frames per second, whereas Sony a7sii has only 5fps. Therefore, with Sony a7iii, you can take images of any fast-moving object or moment.

Sony a7iii and Sony a7sii have 1.3cm ( 0.5-types) XGA OLED colored electronic viewfinder with 2.36 Million dots. Therefore, they are capable of providing you with a great preview of the object through the viewfinder. Moreover, both cameras are formed with Sensor-Shift mechanism image stabilization feature with 5-axis compensation. Hence, you will get clear photos and videos with them.

Sony a7iii and Sony a7sii have 7.5cm (3.0 type) TFT drive LCD monitors tilted at different angles. So, you can make a vlog with these cameras easily. Besides, These devices have a one-year limited warranty so that, if you find any defects in the camera, the company will repair them within the warranty period and of course, you won’t have to pay for that.

So, you can see that the Sony a7iii is the new version camera with upgraded features. Therefore, we strongly recommend you this camera. Otherwise, the Sony a7sii isn’t a wrong choice if you have any budget limitations.

You may have interest in some other camera comparisons below:

Sony
Sony a7RII vs a7III – Check Why Sony a7 III is Best!