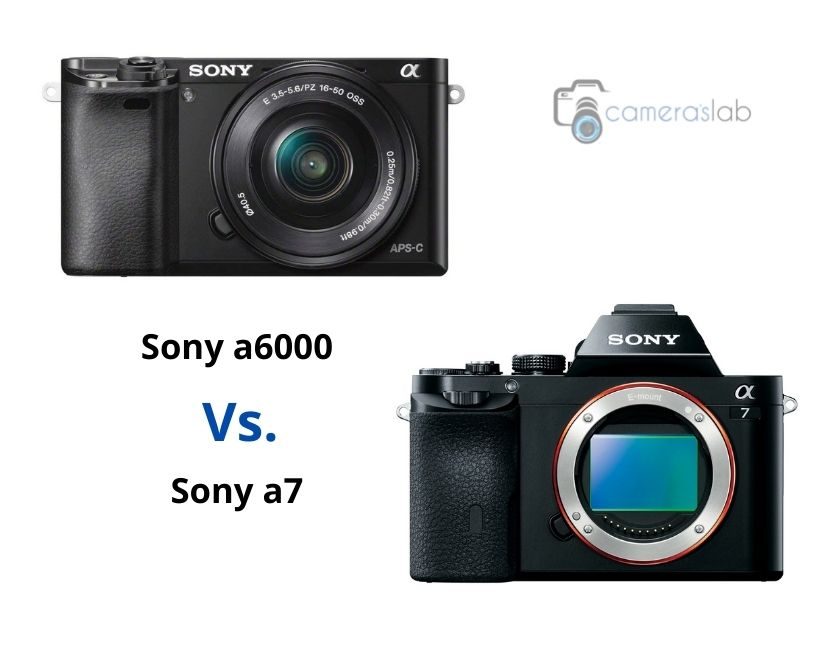 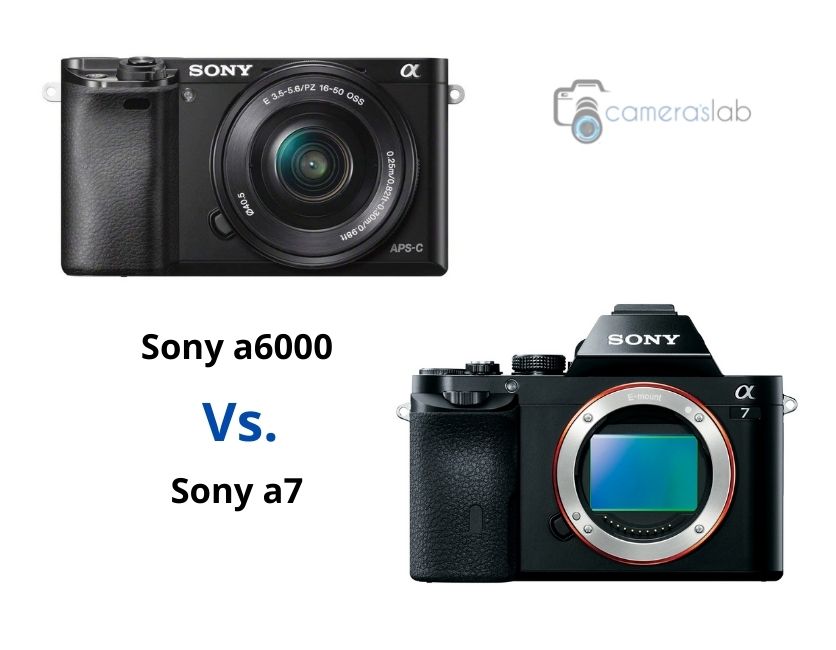 Now, you can see that the Sony a6000 has better continuous shooting speed, higher AF points, stunning battery optimization, and this device is easily portable. Therefore, we strongly recommend this fantastic mirrorless digital camera. Otherwise, you can save a couple of bucks by choosing Sony a7 camera, but you have to compromise the features mentioned above, available in the Sony a6000 camera.

Similar Features of Sony a7 and Sony a6000 Cameras

Similarities and Differences Between Sony a7 and Sony a6000

Sony a7 device weighs 474 grams (including battery and Memory card), and its dimension is 126.9 x 94.4 x 54.8mm. On the other hand, the Sony a6000 comes with only 344 grams, and its size is 120 x 66.9 x 45.1 mm. Now, you can see that the Sony a6000 camera has a light-weight and smaller dimension than its opponent; therefore, you can easily carry and hold this camera plus capture photos or record videos without any discomforts.

On the other hand, the Sony a7 has a 35 mm Full Frame 24.3 Megapixel CMOS sensor, producing good quality images. Moreover, Sony a7’s ISO sensitivity range is 50-25600, and the Sony a6000 comes with a 100-25600 range. Therefore, both devices are capable of taking photos in any lighting condition.

Both cameras have a BIONZ X image processing engine, which reproduces details and textures via high-speed processing capabilities. Besides, you can take stunning photos and videos as this image processor reduces noise and ensures more realistic detail. Again, The Continuous drive speed of the Sony a6000 is 11frames per second, whereas the Sony a7 has 5fps. Therefore, with the Sony a6000, you can take photos of a fast-moving object better than its opponent.

If you are looking for a camera with a better autofocus feature, then the Sony a6000 will be the best one as this camera has a Fast Hybrid AutoFocus with 179 points. However, the Sony a7 has only 117 autofocus points.

Sony a7 and Sony a6000 have 3.0 inches LCD screen, and it smoothly tilts to accommodate everything from low to high-angle shooting. This tilting flexibility combines with the device’s compact mobility and expands shooting options. Besides, both appliances have an OLED Tru-finder viewfinder that offers you 100% frame coverage. In addition, you can adjust the brightness in five steps; therefore, you can easily match the shooting environment.

Both devices have NP-FW50 W-series Rechargeable Battery Pack, but the Sony a6000 has better battery optimization as you can take 360 frames with it. On the other hand, with the Sony a7, you can shoot only 340 images. Moreover, you will get a one-year limited warranty with these cameras. Therefore if you find any manufacturer defect, you will get a free repair from the authority.

Sony a6000 mirrorless digital camera has updated and professional features, which are not available in Sony a7. Therefore, we strongly recommend the Sony a6000.

Frequently Asked Questions about Sony a7 and Sony a6000

You can also check some other camera comparisons below: