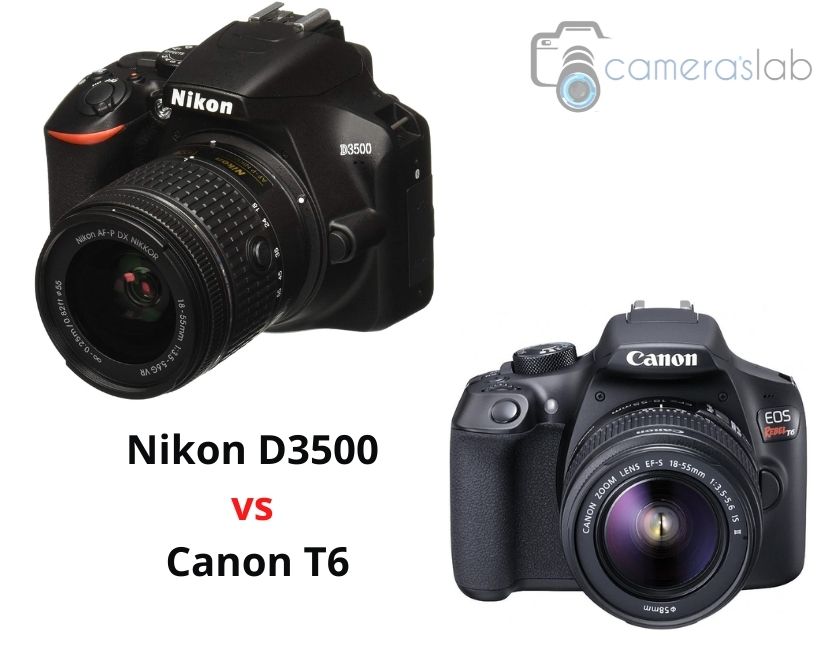 Why Nikon D3500 is better than Canon EOS Rebel T6?

So, you can see that the Nikon d3500 has better features like a more extensive image processor, higher ISO sensitivity range, better continuous drive speed, autofocus points, and video quality, plus a more powerful battery than Canon EOS Rabel T6. Therefore, we believe Nikon D3500 would be a fantastic choice for you!

Canon T6 has an 18.0 Megapixels CMOS ( APS-C) sensor. Another side, Nikon D3500 has a 24.2 Megapixel CMOS ( DX Format) sensor. So, you can see that Nikon D3500 has a better image sensor than its opponent Canon EOS T6. Moreover, this DSLR camera will produce images and videos with outstanding clarity and tonal range.

However, Nikon D3500 can capture five frames per second,  whereas Canon EOS T6 can shoot only three frames. Therefore,  with D3500, you won’t miss any special moments or events.

Nikon D3500 has a 3.0 inches Wide Viewing Angle TFT-LCD with 921k dots. Another side, Canon T6 also has 3.0 inches LCD, but its resolution is 920k dots. Hence, you will have a better preview of Nikon D3500’s higher resolution LCD.

Moreover,  Nikon D3500’s autofocus has 11-points, and T6’s autofocus has only 9-points. So, D3500 can instantly lock the object and take perfect shots every time. Furthermore, both DSLRs have an Eye-level single-lens reflex viewfinder that provides a clear view of the subject with stunning details.

Nikon D3500 and Canon EOS T6 are fantastic DSLR cameras. But, if you go with Nikon D3500, you will get all the impressive and upgraded features. So, we will recommend the Nikon D3500 DSLR Camera to you.

Check out related articles from the links below –