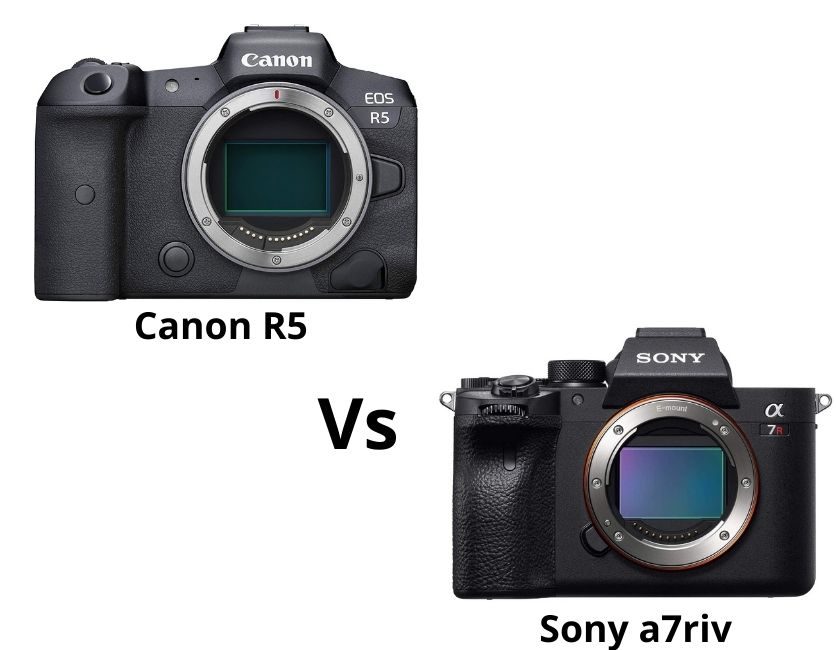 If you cannot decide which DSLR to choose between the Canon R5 and Sony a7riv, I recommend you go with Canon R5. Check the below section to know why I recommend this.

Why I Recommend Canon R5?

These upgraded features are the main reason for my recommendation. If you want an ideal camera for yourself, then go for this camera.

Similarities and Differences Between Canon R5 and Sony a7r iv

The number of lenses is also crucial for any camera. There are 146 lenses available for Sony a7r iv. On the other hand, there are only 22 lenses available for Canon r5.In this section, the Sony a7r iv is one step ahead of Canon r5. Another important feature is image stabilization. Both cameras have a sensor-based image stabilization feature that means both can capture stabilized images.

A bigger display is more enjoyable for the user. Canon r5 display size is 3.2 inches, and Sony a7r iv display size is 3 inches. This display can be flip-out easily, and it helps full for tricky shots. You also can control these devices via the touch screen feature.

Canon r5 and Sony a7r iv both cameras have weather-sealed options in their body. Canon r5 also has water resistance and dustproof features. The water-resistance device resists the water but is not being submerged in the water.

Check other articles from the below links –

Canon 5D Mark III vs 5D Mark IV – Find Out Which Is Worth Invest!