Canon R vs Sony A7III – Which One Is the Right Choice For You? 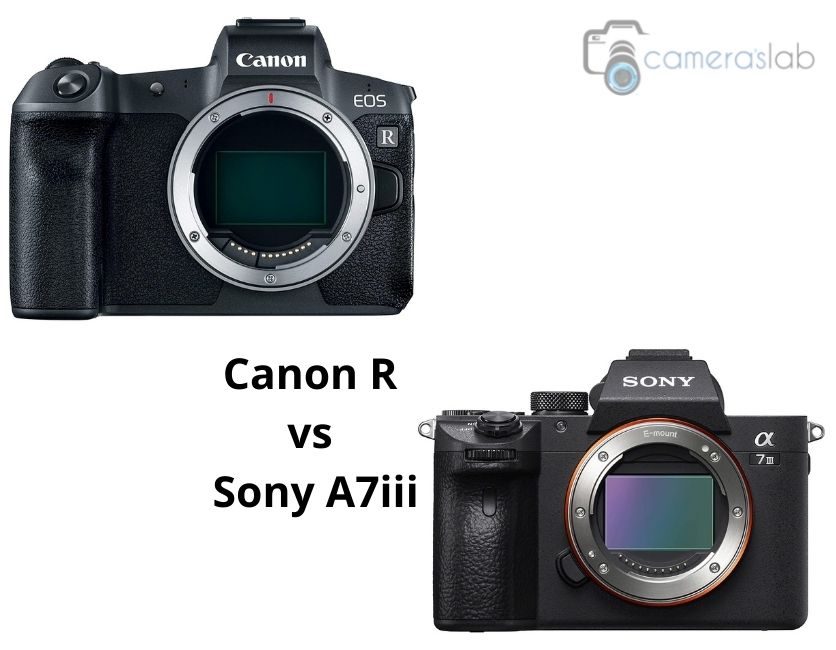 Canon R and Sony A7 III both DSLR cameras have impressive features. But we highly suggest the Sony a7 III for you.

Why do we suggest the Sony A7 III?

All these unique features let you perfectly click images and video footage. For those advanced features, you can choose the Sony A7iii.

Differences and Similarities between Canon R and Sony a7iii

In this section, Canon r is one step ahead of Sony a7iii. The bigger screen gives the best experience to the user. Canon r screen size is 3.2 inches, while Sony a7iii screen size is 3 inches. Their screen can be flip-out easily, and it supports the touch screen feature.

Both cameras have weather-sealed features in their body. Canon R has a dustproof and water resistance feature, besides Sony A7iii does not have this feature. It’s a negative point for Sony a7iii.

Both cameras have the same 4k-3840p x 2160p video resolution. They have phase detection autofocus for videos. It captures the footage with more details. Both devices support slow-motion video recording. There is also a time-lapse function that shows a long passage of time sped up.

Sony A7iii comes with 10fps continuous shooting speed, it captures 10 images per second, whereas Canon R comes with 8fps, it takes 8 photos per second. This feature is useful for catching action shots.

Battery life is also important for any camera. This camera battery power is 2280 mah while the Canon R battery power is 1865 mah. Sony a7iii can take 610 shots, and Canon r can take 370 shots per charge. They have a battery level indicator that notifies you whenever the battery gets low.

Both devices support a built-in wireless connection. Canon R supports NFC, while Sony A7iii does not support this feature. Sony A7iii has a dual card slot, and you can add an extra memory card if you want. On the other hand, Canon r does not have a dual card slot.

Both cameras are of top-notch quality, so they provide long-term service. You can use these years without any objection. Both cameras come with a 1-year warranty. At this time, if the product gets damaged, then you can call their customer service.

After reading all of these, you will get to know that both are great cameras. You will get amazing photos and videos using the Sony a7iii because of its higher ISO range and other features. Otherwise, Canon R is also a good choice.

Check out the related comparison here –

Sony A9 vs A7Riii – Learn Why You Should Pick Sony A9!