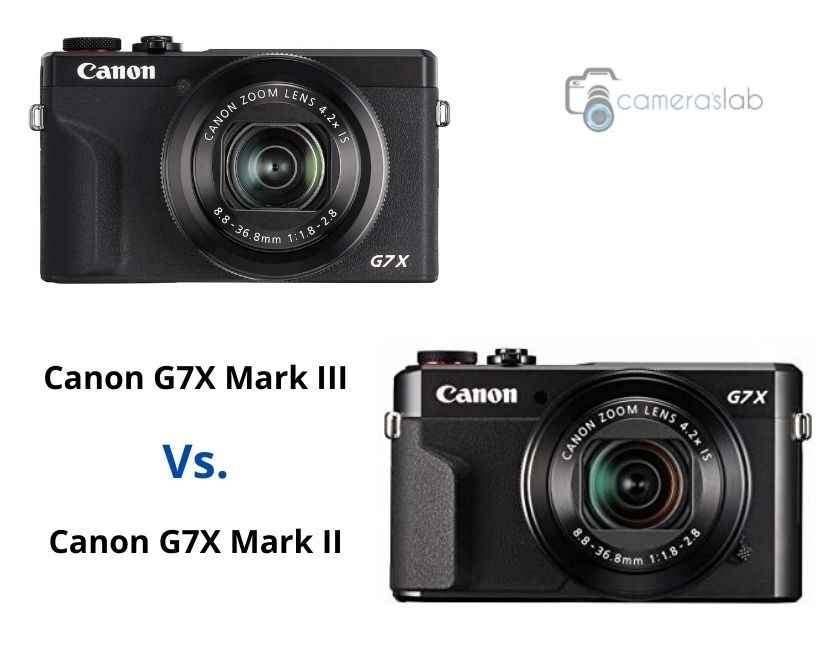 So, you can see that Mark III has a small dimension and is also lightweight, which will provide you a firm grip and capture images without shaking. Furthermore, this camera is available in two colors: black and silver, and Mark II has black color.

The PowerShot, G7 X Mark III camera, has a 20.1 Megapixel stacked CMOS sensor (1.0 inches). This image sensor will help you to get high-quality images and ensures high performance. Besides, the auto ISO range of this camera is 125 to 3200 plus; you can expand this ISO range to 12800.

Again, the PowerShot G7 X Mark II has a 20.1 Megapixels CMOS sensor, and its ISO range is 125 to 6400. Besides, you can also expand this camera’s ISO range to 12800. Therefore, both cameras are capable of capturing sharp images and videos even if the light is low.

The DIGIC8 image processor in Mark III helps to produce images with high quality and fast operation. Besides, this processor will keep the images sharp and detailed when you use high ISO settings, whatever the lighting situation. Moreover, this updated processor reduces noise from the image. Another side, Mark II has the previous version of the Image processor DIGIC7.

Canon PowerShot G7X Mark III can record 4K resolution videos at the frame rate of 30p, plus you can also record Full HD and HD quality videos. But, with Mark II, you won’t be able to produce 4K, and you can record a Full HD video. Besides, you can enjoy the live streaming feature in the Mark III camera. So, if you want to record cinematic movies with higher resolution, then Mark III will be the best option for you.

Both cameras have 3.0 inches, LCD monitors with approximately 1.04 million dots. Besides, while capturing images and videos at a different angle, you can tilt the monitor and adjust it plus, this LCD monitor provides a high-resolution view of captured images. In addition, Mark II and Mark III have Wi-Fi connections to transfer your files quickly.

PowerShot G7 X Mark II and Mark III include NB-13L rechargeable batteries. But, Mark II has better battery optimization as you can capture 265 frames with it, whereas with the Mark III camera, you can capture only 235 frames.

But, the fast charging feature makes Mark III the best one, as you can recharge this camera’s battery within 110 minutes, and you need 300 minutes to recharge mark II’s battery. Both cameras have a limited warranty for one year. After that, the company shall replace or repair the product, but you shouldn’t cause damage.

PowerShot G7 Mark III is combined with unique features compared to G7X Mark II. Of course, you can go for Mark II if you want additional images, but all upgraded features are available in the NEW model PowerShot G7 X Mark III advanced camera.

You can also read some other camera comparisons below:

Canon
Canon 6D Mark II vs 5D Mark IV – Which One You Should Pick & Why?